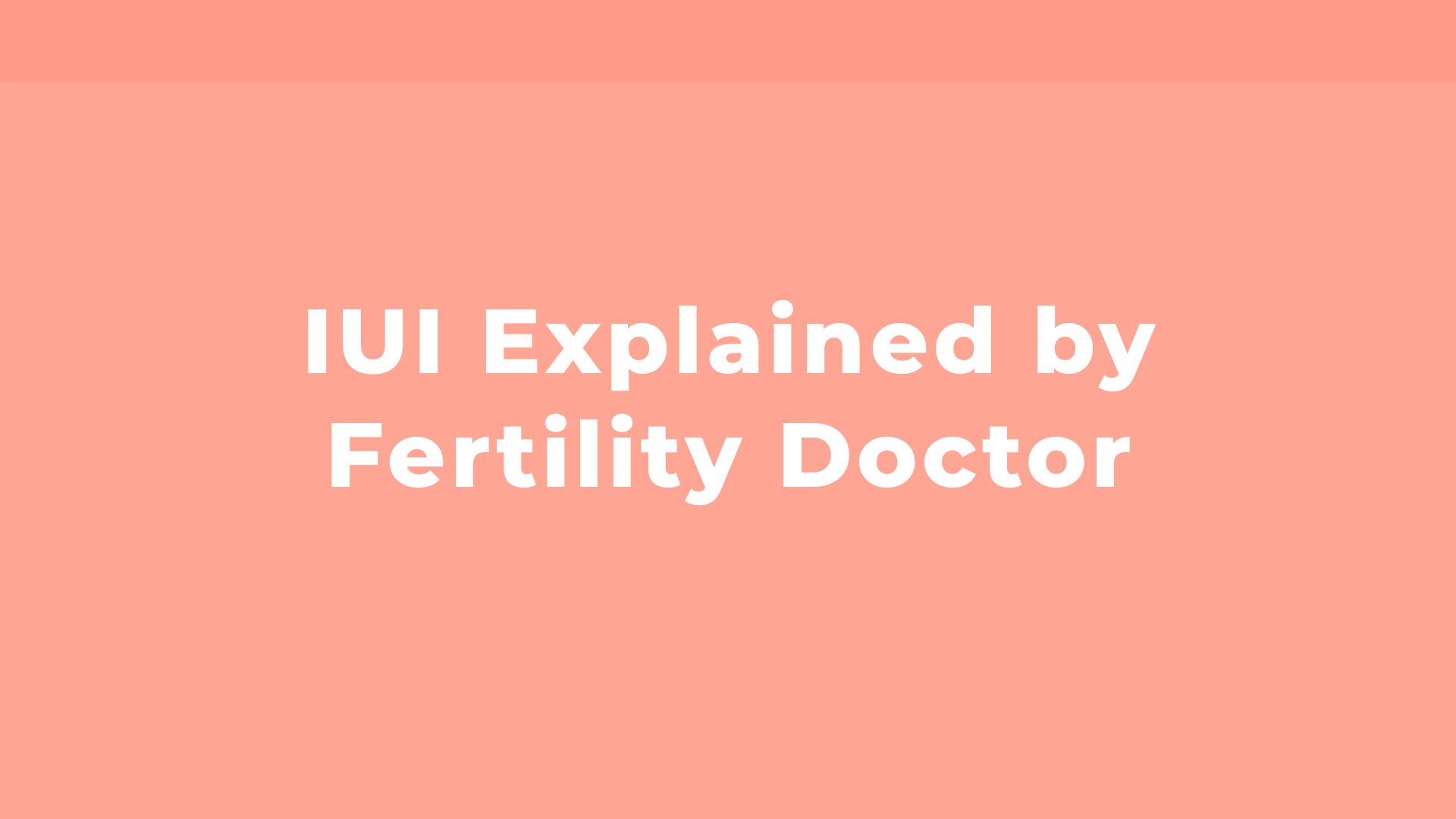 IUI stands for intrauterine insemination. Some people call it artificial insemination or donor insemination, so there’s a lot of different acronyms but essentially that’s where we put sperm at the top of the uterus around the time that a woman is ovulating. It’s a great first-line treatment for some couples. We can do insemination when a woman’s ovulating with her own natural egg that month and sometimes we do intrauterine insemination when we use medications to stimulate the ovaries to try and get one or more eggs to grow. When you see a fertility specialist, we’re going to monitor how you’re responding to the medications or monitor how you’re growing your own egg that month. And when your follicles are the right size, we would make you ovulate and 36 hours later we would have you back for the insemination.

What’s the process of insemination? Well the on the day of the insemination that’s the day we would need sperm. So, either your partner would give us a sperm collection or if you don’t have a partner and you’re using donor sperm perhaps from a sperm bank, that’s the day we would want the sperm in the office. The first thing we have to do is to wash the ejaculate away so we’re not able to put an ejaculation because that can cause a really bad allergic reaction, so we have to wash the ejaculate away so that we’re just left with the sperm. After the wash, we would do a count on the sponge just to get an idea how many sperm we have. Ideally, for an interior insemination, we would like to have at least 10 million named sperm for a reasonable chance of success. Once the sperm is washed and we’ve done our count we’re ready for insemination and so we draw the sperm up into a very small catheter and that catheter is gently placed through the cervix and at the top of the uterus is where we would deposit the sperm. This is a relative procedure, it’s usually painless and once the sperm is at the top of leaders, we would have you rest for a few minutes and then you’re actually able to go about your normal day. Two weeks after the insemination that’s when we would know if it was successful, we have you come back into the office we draw blood and run a serum pregnancy test, or we can do a urine pregnancy test.

The success rates for insemination really depend on the patient and their specific situation and why they have infertility. It can be as low as 0% if women don’t have open tubes so if you have your tubes tied that’s where sperm and egg need to meet you wouldn’t be a good candidate for insemination or success rates can be as high as 20 to 25% if sperm looks great and perhaps the reason you’re here is because we don’t ovulate regularly. So, success rates are really dependent on the couple anywhere from pretty low to as high as 25%.